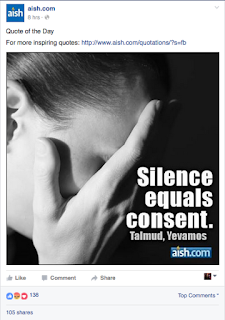 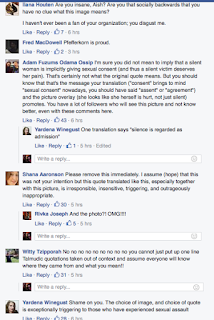 On Friday, June 24, 2016, the ultra-orthodox Aish HaTorah kiruv group's Facebook page posted a meme stating that "Silence equals consent" along with a picture of a young woman covering her face. Facebook users immediately exercised more than silence, berating the international outreach group for lacking sensitivity and common sense in posting a picture and quote with no context that evokes thoughts of rape, sexual abuse, sexual harassment, and unwanted sexual contact.
Readers of the Facebook page expressed their immense displeasure with Aish's post, rebuking them for a lack of sensitivity. Those knowledgeable in Talmud tried explaining the original post. Commenter Yardena Winegust wrote "One translation says "silence is regarded as admission" and then added "Shame on you. The choice of image, and choice of quote is exceptionally triggering to those who have experienced sexual assault." Others tried to be understanding of this horrific blunder. Shana Aaronson stated "Please remove this immediately. I assume (hope) that this was not your intention but this quote translated like this, especially together with this picture, is irresponsible, insensitive, triggering, and outrageously inappropriate." Commenter Meranda Prediger wrote:


This was very poorly thought out. In fact, I dare suggest it was not thought out at all. The quote relates to moral conduct and the need to stand up for what is right as saying nothing is the same as supporting. This image, combined with the quote and no further explanation inserts the wrong context. It is a very dangerous image as is right now. 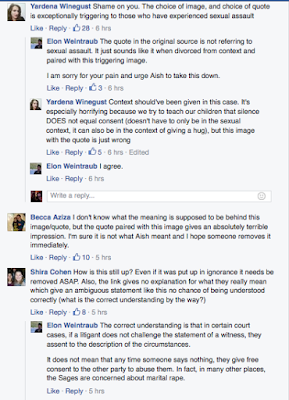 This PR disaster is more than just a little mistake on social media. It's indicative of a clear lack of understanding of the world outside of Aish's religious bubble. In a time when images on social media spread like wildfire, Aish has shown that they are not at all in step with the world outside of their community--even though it is the people of that world who they are trying to recruit. Scarier still is that Aish HaTorah serves as an umbrella for groups like MEOR Maimonides Leaders Fellowship which exist on college campuses throughout the United States. A mistake of this magnitude doesn't just reach a couple of people on Facebook. It travels back to college students and their parents--who are possible donors to Aish's many programs. It travels to people who will now be wary of Aish's mission, and it travels to people like myself--who are critical of ultra-orthodox kiruv.
While many users called for the outreach group to remove the picture immediately, the picture remained posted (and, at the time of this post, is still online), most likely due to the onset of Shabbat in Israel, where it assumed the post was made.
Update: Thank you to Hemant Mehta, at the Friendly Atheist, for writing about this and quoting this blog. At the time of this update, Aish.com's post has been shared 160 times and remains posted.
Update 2: At the time of this update, Aish.com's Facebook page had been updated with an apology reading:


Aish.com apologizes for the graphic that was posted before Shabbat. The meaning of the Talmudic quote was meant to inspire people NOT to remain silent in the face of evil. Given the photo and lack of context, we regret posting something that contained an alternative offensive meaning. It was not our intention; we goofed.

While I'm not a fan of Aish HaTorah, I'm relieved to see that they had the sense to issue an apology after posting something that was so hurtful to so many. A screen shot has been included at the end of this post. Click the graphic to enlarge. 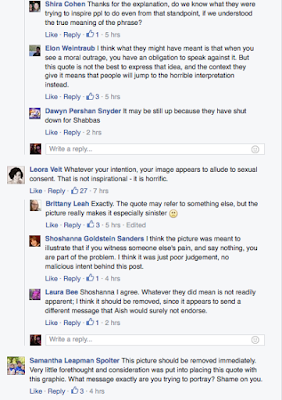 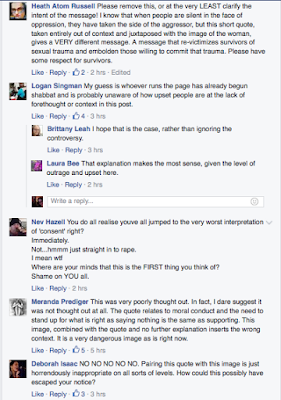 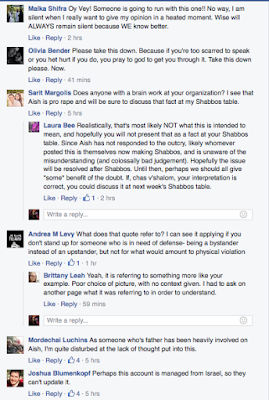 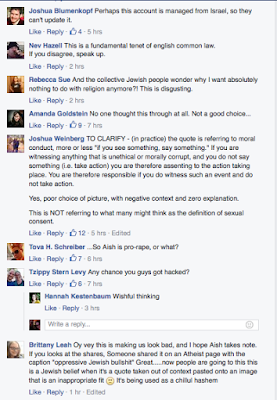 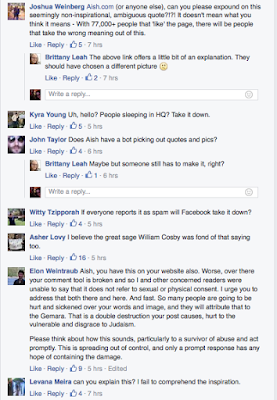 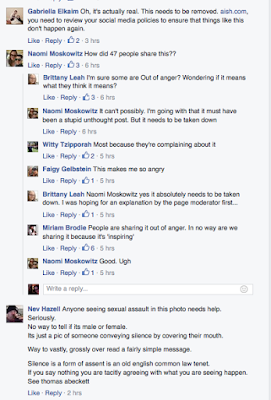 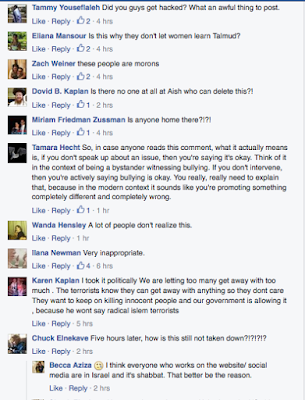 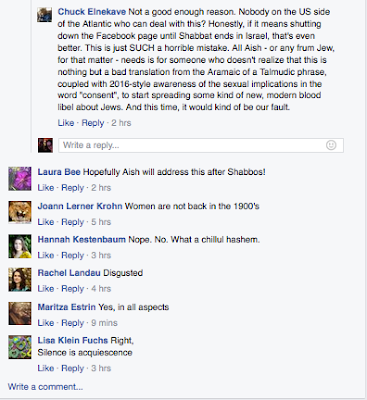 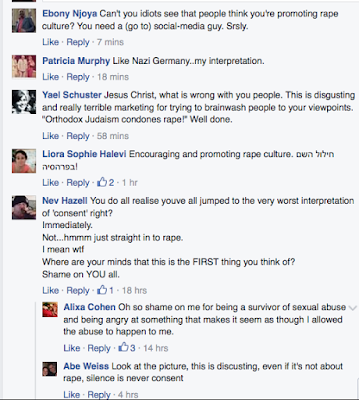 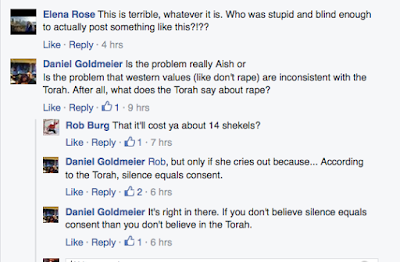 Your respectful comments are welcome.

bec
Rebecca M. Ross is a writer, an educator, and an activist. Her work has been featured around the web and can be viewed with the links below. Rebecca's short story "Total Immersion" was featured on JewishFiction.net. Ms. Ross has also been a guest on the podcast, "The Kurdled Jew." Recently, Ms. Ross was a guest on WTBQ radio covering the topic of Adult Bullying. Feel free to contact her at stopkiruvnow (at) gmail.com.

Find My Work on the Web